Our plans for travelling in Brazil had initially centred around the Amazonian Basin; being pregnant put paid to that idea as I wasn’t able to have any vaccinations or take any malaria tablets. Before we arrived, we were only certain that we’d be starting in Rio de Janeiro…whatever happened from there was anyone’s guess.

After our relaxing couple of days in Paraty, we decided to head to Sao Paulo, and fly to Argentina from there instead of heading back to Rio.

Of Sao Paulo, Tall said, “It’s been okay, it’s just another big city”, and I don’t think I could have put it any better than that, really. It’s certainly big, and it was okay, but nothing spectacular.

There’s a lot of amazing graffiti and street art about, and we wandered through an art market which was very impressive (ruing the fact that we still had six weeks to go and not enough room in the pack)…but there was nothing about this city that would make me tell people they have to visit. However, the Japanese quarter, Liberdade, is vibrant and full of restaurants and markets, and has a wonderful bakery – the choice of savoury and sweet pastries, pies and cakes was mindblowing (and delicious). 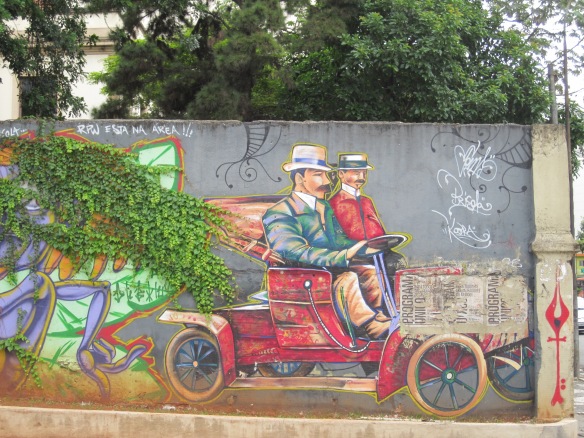 One thing that struck me about Sao Paulo is the sheer number of homeless people. They are all over the city, in the poshest neighbourhoods, on the main streets, and simply seem to be part of the city. The number of them makes London pale into insignificance, and I thought that was horrible enough. It’s sad, and made me feel quite hopeless because there was nothing we could do…being a traveller means you notice people like this more than you do if you live in a city; you become almost immune to it then. 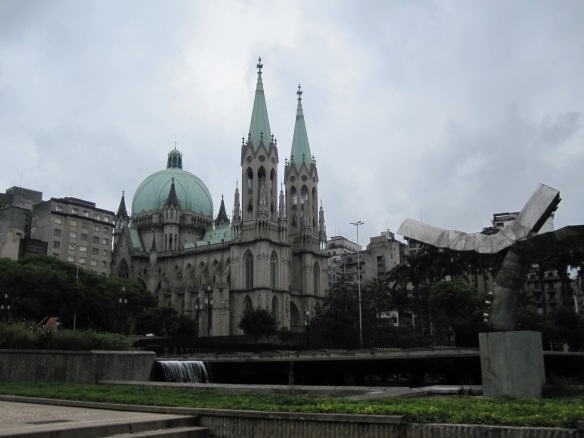 Perhaps our experience of Sao Paulo was an unusual one, and perhaps there are many more positives to the city if you dig a little deeper or spend a little more time. It was an interesting, eye-opening city to wander around, but I’m glad we were only passing through.